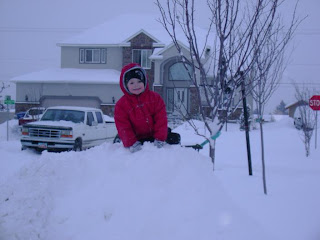 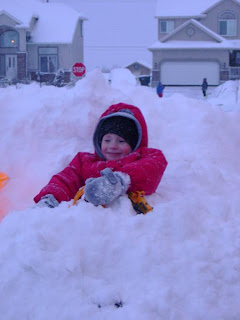 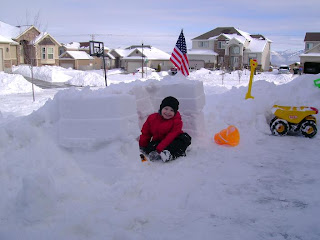 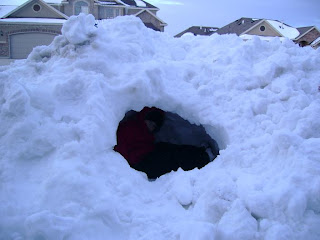 We hope you all have a safe and Happy Ney Year. We leave you for 2008 some fun pictures of playing in the MOUNDS of snow we have, good times! We can’t wait to see what 2009 brings!
Posted by Chris and Heather at Wednesday, December 31, 2008 3 comments: 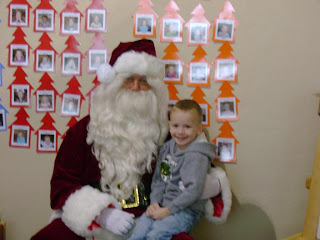 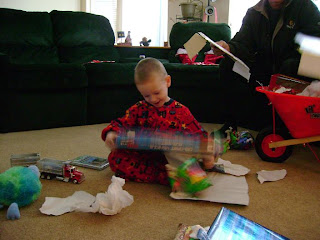 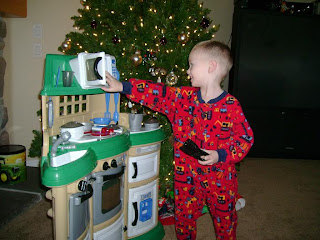 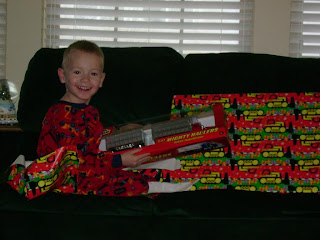 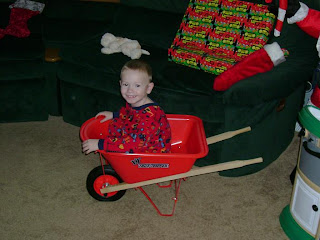 We hope that everyone hade a happy Christmas, we sure did! It was so hard to pick, but here a few pictures from Christmas…. Enjoy!
Posted by Chris and Heather at Sunday, December 28, 2008 1 comment: 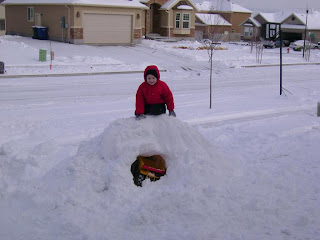 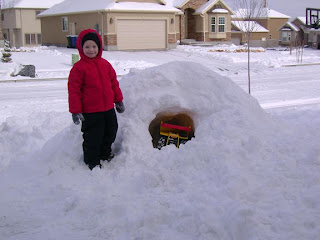 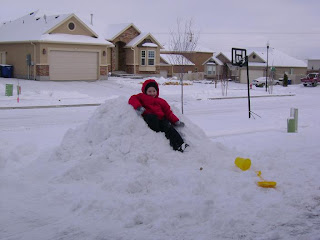 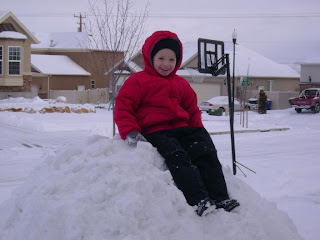 Dillon LOVES to play in the snow! He has a great dad the loves to build him things in the snow, this time it was a garage for his dump truck, with a slide on top. Here are some pictures of the fun!
Posted by Chris and Heather at Friday, December 19, 2008 3 comments: 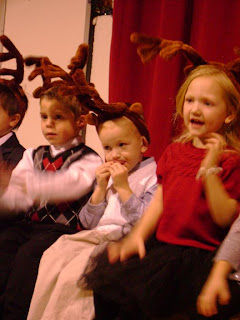 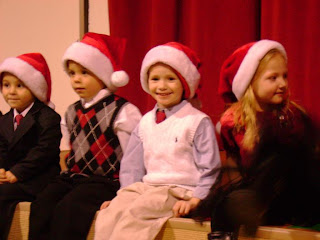 Here are some pictures of Dillon at his school program. As expected he just stood there while all the other kids sang, but I am actually very proud of him that he stayed up there, wore the Santa hat, put the deer antlers on, and didn’t do…… well anything! Way to go buddy! 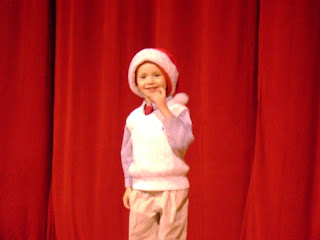 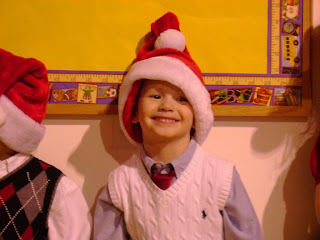 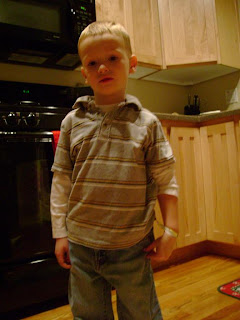 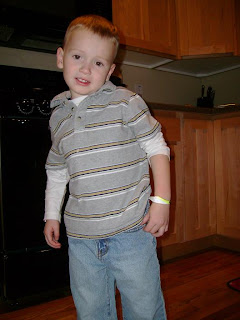 Ok, I hope I can make this story sound as funny as it really was because I was busting up! We went to play at classic skating earlier in the day and they give you a wrist band that says what you paid for and for how long. Dillon HATES wearing things on his wrist (weird kid!) and will rip them off the second I look away. To avoid this I usually just wrap it around his belt loop and he is none the wiser. We were at home and I was making dinner and he came up behind me and asked me to please take this off. (The wrist band on his belt loop) I told him I was happy to do it, I just needed to finish cutting these potatoes and wash my hands and that he needed to be patient. He was getting irritated behind me (I was not looking at him) asking if he could cut it off, saw it off exc., exc. Then he started to whine, I told him don’t wine at me, I was busy and I would help him as soon as I was done. He was still upset and I told him that he needed to go and play, or go to time out. He said he couldn’t go play like that. Getting irritated myself I said “why not, you have been playing like that all day long, and you were just fine” He then said to me “I can’t play like this, I am broken!” I turned around to see what all the fuss was about and he had stuck is hand in the loop trying to break it off and got his hand stuck in there. (Hence the pictures) I was laughing so hard, and he was so irritated with me, too cute!
Posted by Chris and Heather at Wednesday, December 10, 2008 No comments:

It's about freaking time! 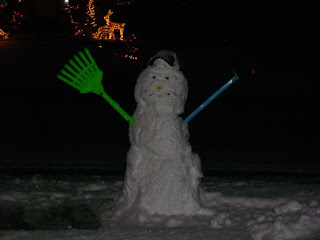 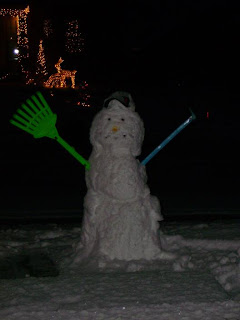 Dillon and I LOVE the snow, and so far this year we have been gypped! It has only snowed ONCE in the beginning of October. This time last year we were getting dumped on every day. Well on Monday it finally snowed a good amount and we were so happy! The first thing Dillon asked his dad to do was make a snow man, so here it is. Come on, it’s December, bring on the snow!!!
Posted by Chris and Heather at Wednesday, December 10, 2008 4 comments:

Ok ok, so it is true, I am pregnant! I know, it’s crazy, I can hardly believe it myself. I feel mostly sick and scared. I am pretty much sick all day every day, but I have my pills that make it feel manageable so I can handle it. Some days I would rather just sit and do nothing, but I am doing pretty good for the most part. I am scared because of EVERYTHING!!! How will Dillon react? Can I handle two? Is this one going to make us go broke? Do I have enough love to go around? Are Chris and I ever going to have a second to ourselves? So many questions… but I hope it will all work out. I am currently 12 weeks along and am due June 20th. We have a lot of Birthday’s in June between our families, so hopefully this little one will get a day to it’s self.
Posted by Chris and Heather at Sunday, December 07, 2008 3 comments: 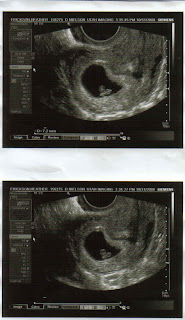 Posted by Chris and Heather at Thursday, December 04, 2008 5 comments: