Holy crap! I have a FIRST grader!!! Dillon had his first day of 1st grade today, and I bawled. My little boy has been by my side for the past six years. I know he has been going to school for the past three years now, but to me that was a measly two-two and a half of our day; it was practically a play date. This is a whole new world, seven and a half hours away is just not sitting too well with me. He did great! He was excited to see Carson when he came home, and the only thing I really got out of him was that he loves his teacher. (And I do too!)I’m so proud of my little man; he is growing up right before my eyes!

Feeling all cool wearing Dad's glasses waiting for his teacher 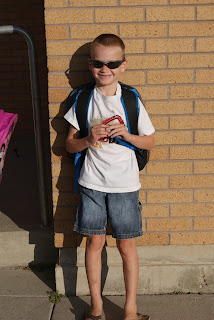 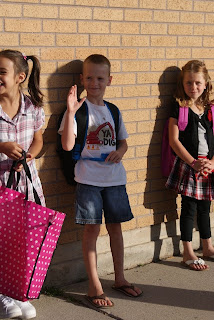 On August 18th Carson made the move to a “big boy bed” I wasn’t ready, but he sure was. We got it all ready and he did great! I was surprised that didn’t get up and come walking out of his room, but he did fall asleep on the floor : ( Growing growing up way too fast! *sigh* 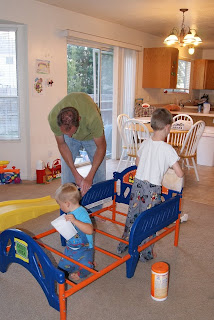 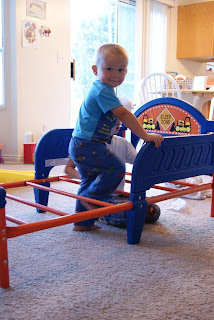 Sorry it’s a bit blurry, he was just so excited he couldn't hold still 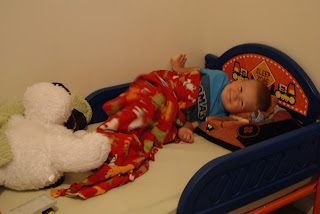 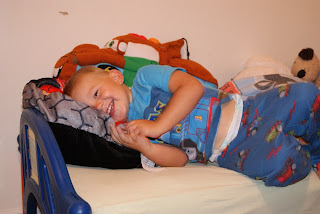 Last week we went to Durango Colorado where my sister lives. There isn’t much to do there, but who needs activities when you have the cousins to play with, right? We did make it to a train museum and Carson LOVED it! He is really into trains right now, so it was mostly for him, but Dillon and the others had a good time too.

Anxiously waiting for a train to arrive (Don’t you love Dillon in the background. He is really sensitive to loud noises, so he is being a little over dramatic!) 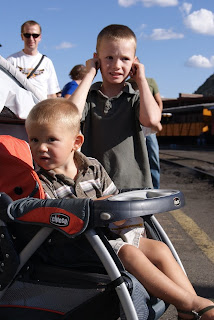 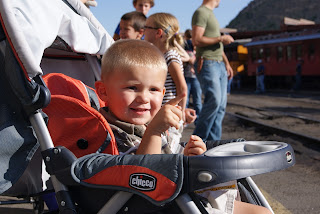 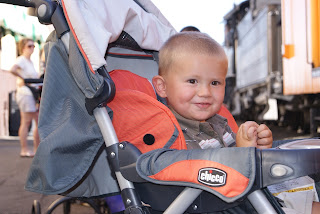 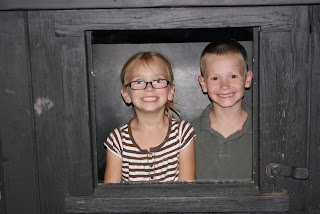 Playing in the train 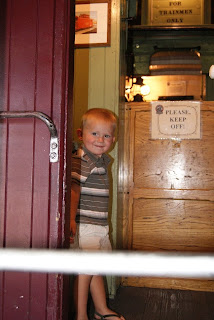 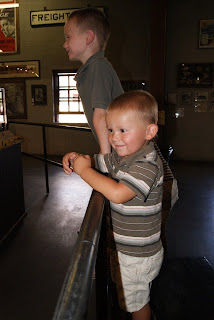 More playing in the train 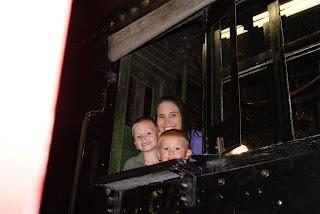 Posted by Chris and Heather at Monday, August 22, 2011 No comments:

Dillon was playing over at a friend’s house when his mom opened a bag of goldfish for the boys. When she was dumping some out, out came some coupons. She stated to throw them away, and Dillon told her very firmly that his mom would get really mad if I saw that, and he would take it home to me. When he came home, with the cutest voice and a mischievous smile on his face he told me he had a surprise for me. With so much pride, he took them out of his pocket and gave them to me! I had to call his friends mother and make sure he didn’t take them without permission, and she was just laughing telling me this story.

Dillon’s conversation with one of his cousins
Dillon: I think I’m going to take my dad’s 100 dollar bill and buy a backhoe
Kenzie: Dillon, I think they cost a lot more than 100 dollars
Dillon: Hummm, then I will just get a coupon for it!

*editors note* for any of you who don’t know, I’m a bit on the obsessive side when it comes to coupons. I love them almost as much as my kids……. almost! ; )
Posted by Chris and Heather at Thursday, August 18, 2011 1 comment:

We were both laughing pretty hard! What a goof, but a very cute one I might add! : )

I know the pictures are really small, but can you tell a difference? I have been looking at old pictures of Dillon, when he about Carson’s age and the resemblance is freaky! If you look at them today, you can hardly tell they are brothers, but I think Carson is a spitting image of Dillon at age two. Can you tell? 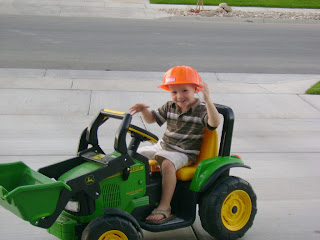 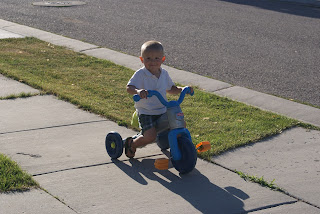 Posted by Chris and Heather at Monday, August 08, 2011 No comments:

Here are my darlings having an ice cream treat….. 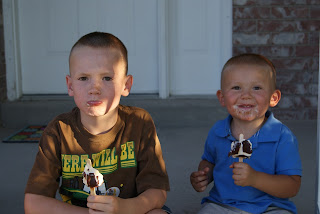 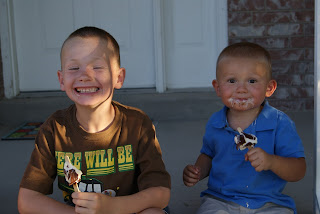 And what better way to get cleaned up than to bust out the hose….. 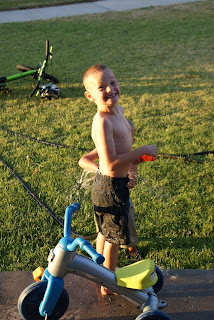 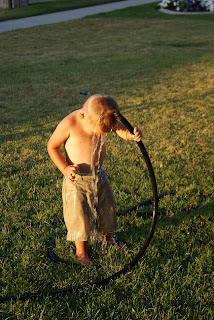 Posted by Chris and Heather at Tuesday, August 02, 2011 No comments: