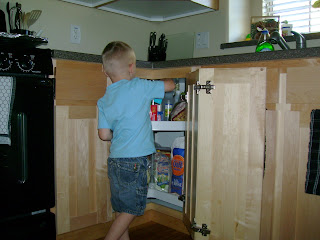 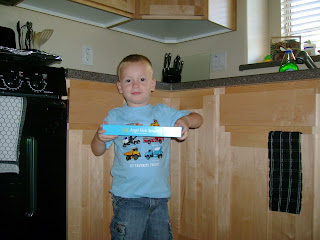 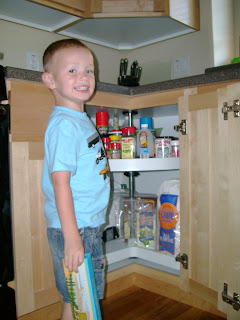 It never ceases to amaze me that Dillon really does know what he is talking about. I have learned to never question him, if he says that’s what it is, then by golly that really is what it is. So, the other night I made Lasagna. I make mine pretty much the same way as spaghetti, but with cheese and different noodles. Dillon LOVES spaghetti, so when he asked what I was making, I told him spaghetti (for argument sake). I got his all ready, chopped up and everything and called him to dinner. He excitedly sat down, licking his lips. His face quickly turned into confusion and said to me “hey, this is not the spaghetti I want” and got up from the table. He went to my turn-about thing that has the spaghetti noodles in it, pulled them out and proudly said “this is the kind I wanted”! It was just about the cutest thing I had ever seen, and what could I say? I then told him the truth, and he hesitantly ate a bite, he keep telling me that he still likes spaghetti, but ate the rest with no complaints.
Posted by Chris and Heather at Friday, August 29, 2008

I'm not even surprised... after all, a real man knows his pasta, and Dillon is certainly a real man. Also, a real man knows when to suck it up and try new pasta - and like it! (Around here we do Lasagna a lot more often than we do spaghetti...)