Here is the story of our move, if you really could care less, you can just scroll down to see pictures, or you could take a ten minute break from whatever it is you are doing and read on.

We made it! It was quite an adventure, but we made it safe and sound. To make a long story short, our transporter truck broke down so we weren’t able to leave the valley until a day later, no biggie I guess, just a little wrinkle in the plan. (A big thanks to Holly for the hospitality, and super big thanks to Rhoda for helping out with the cars) We made it to St. George where we had planned to hanging out with my mom for a couple of days while all are stuff was in transit, and it’s also WAY cheaper to fly out of Vegas than Salt Lake, so it all worked out. Wednesday morning I woke up to Carson not being able to breathe. I have never been so scared in my life! I threw on some cloths and we ran him to the hospital. They rushed us in and diagnosed him with croup. To some it may not be a big deal, but I was freaking out! Not that it was funny he was sick, but it was rather funny our conversation we had with the staff
Staff: your address?
Me: umm, I don’t remember
Staff: your place of employment
Chris: (thinking for a second) Caliber Funding (new work in Dallas)
Staff: Work address?
Chris: umm, don’t know
Staff: Work phone?
Chris: again, don’t know….
They must have been thinking, stupid bum. He he, kind of funny. Anyways, we made it on the plane and into Dallas where we were trying to race the clock to get the keys to our place. We did make it, but we did have to call and ask somebody to wait for us, they were very kind, and we only held them up for five minutes, thanks nice stranger! Our pod wasn’t going to be at our house until the next day so we had to get a hotel for the night. As we were getting ready for bed, Carson had a really bad episode and couldn’t breathe again. Again I got really freaked out and ran him to the hospital. I was glad I did because he did get worse and they had to give him two “treatments” to get him breathing sound again. I was a little freaked out because at one point they were thinking they would have to admit him, but he pulled through it and we got back to the hotel at 4:00 a.m. The next day was an adventure all in its self. We woke up and had to run to our new house to sign for the pod, we left the house and got Carson’s medication filled, breakfast and it was back to the hotel to check out. We then had to go to Chris’s work to fill out some paperwork, then back home to start unloading. Shortly after that our transporter car showed up with our cars, and I had quite the adventure to try and get them a cashier’s check. After that was dinner and bed! Not such a short story, but it was pretty crazy. We are just trying to get things put away and organized. I am also just trying to get back to a new “normal” and back to a schedule. Dillon started school last week and seems to enjoy it. His new teacher is really sweet and has been very good a reassuring me that he is doing great. I knew he would, I’m just a little worried because everything is so new for him….. everything! Carson is back to his crazy self and I couldn’t be happier about that. Chris is just working, and I’m just trying to get caught up in life. Like I said, here we are, safe and sound. Hopefully we can get out and play a bit so we can share some fun adventures, rather than boring move news. But as promised, here is the house, and sorry it’s not all clean and pretty, but it will be, in all due time. 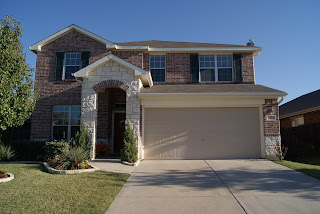 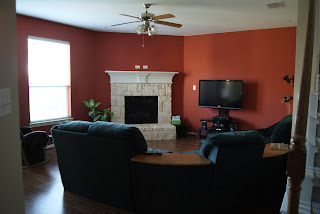 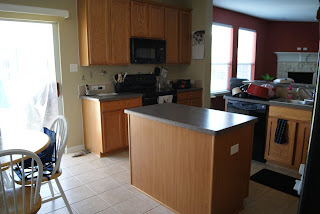 another view of the kitchen 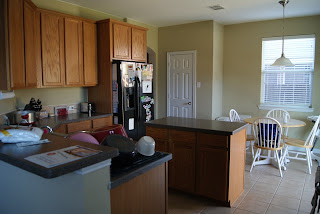 formal dining room, currently being used as the room for boxes 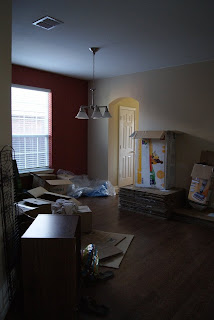 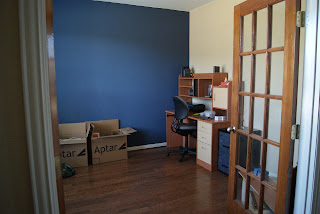 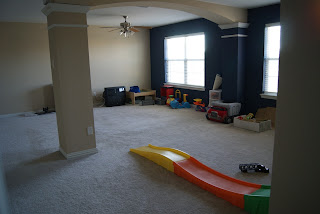 another view of the great room 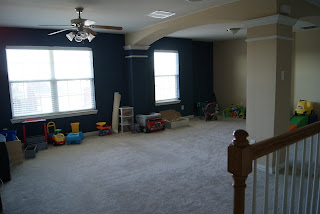 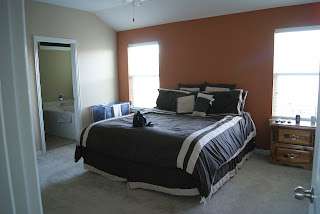 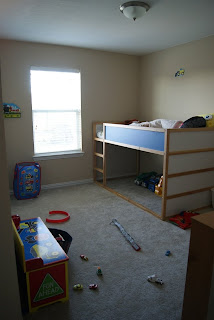 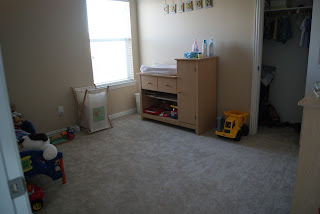 Yea Pictures! Like the house hope everything is going well.

I am so glad you posted, but I am so sad to hear about what happened to Carson. How scary, especially being at hospital that you are not used to and trying to run around Dallas filling prescriptions! I sure hope that he is feeling better!

I LOVE your house, soooo nice! I think that the extra money was worth it, you will enjoy all that space! I am sad that I can't come and visit you like right now! It looks like you have been super busy and your house is looking very organized and put together. How did your meat hold up? Have you met any neighbors?

I guess that I will just call you on Friday or today after work for more details. I even thought about going to Cornbelly's with the boys and thought about you and how that would totally be something that we would have done together! Love ya and miss ya!